Posted on January 20, 2019 by chandlerswainreviews

Edward Challenger in his initial appearance on the screen.

This tale of a small band of intrepid adventurers, who travel to the farthest reaches of unexplored South America in order to find evidence of an uncharted plateau housing remnants of prehistoric epochs, has been substantially watered down in the adaption process from its initial action oriented pulp attraction with the inclusion of a woman in the novel’s original all male quartet of explorers, which not only changes the masculine dynamic of the narrative but fundamentally alters both a major character’s motivation in joining the expedition but also makes irrelevant the ironic twist ending pertaining to the cynical extinguishing of the novel’s tenuous connective thread to the romantic ideal.

Fiery Professor Challenger (Wallace Beery) leads a small group of volunteers, including renowned hunter Sir John Roxton (Lewis Stone), fellow scientist Professor Summerlee (Arthur Hoyt), journalist  Ed Malone (Lloyd Hughes) and Paula White (Bessie Love, whose role in the story is the aforementioned invention of the film adaptation), the daughter of explorer Maple White who was lost in a prior expedition to 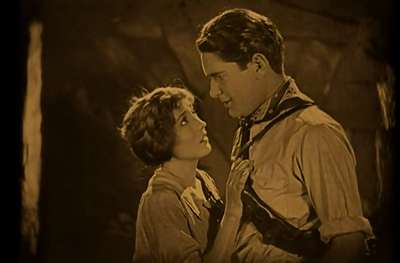 the mysterious plateau. The evidence of White’s discovery, a journal filled with sketches of living prehistoric creatures, is met with mockery when presented by Challenger to a conference of esteemed academics. Malone, in an attempt to cement his relationship with girlfriend Gladys Hungerford (Alma Bennett) by demonstrating an active pursuit of heroic adventure, persuades his editors to sponsor a rescue mission for White with Malone acting as their exclusive correspondent.

I've been a puppet, a pirate, a pauper, a poet, a pawn and a king, not necessarily in that order. My first major movie memory was being at the drive-in at about 1 1/2 yrs. old seeing "Sayonara" so I suppose an interest in film was inevitable. (For those scoring at home- good for you- I wasn't driving that evening, so no need to alert authorities.)Writer, critic and confessed spoiler of women, as I have a tendency to forget to put them back in the refrigerator. My apologies.
View all posts by chandlerswainreviews →
This entry was posted in animation, books, movie reviews, Movies, Romance, silent films, silent movies, women, writing and tagged Bessie Love, Professor Challenger, Sir Arthur Conan Doyle, Wallace Beery, Willis O'Brien. Bookmark the permalink.