Posted on April 3, 2014 by chandlerswainreviews 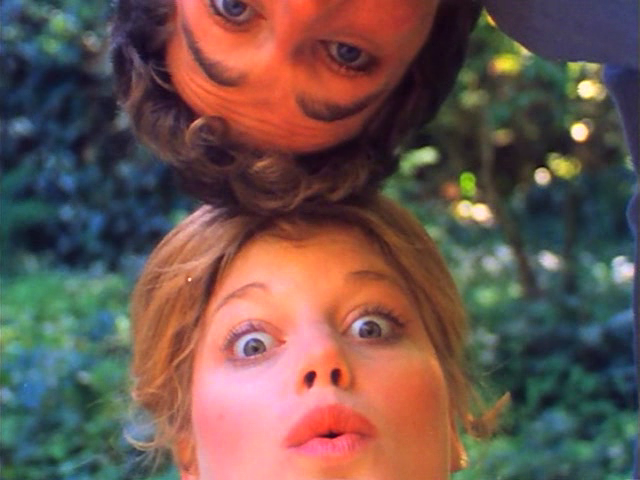 pornographic would necessitate a prominent escalation in that which makes the film a greater social offense?) including, what is often called the finest of adult films, the opulently mounted but inescapably shallow Henry Paris’ “The Opening of Misty Beethoven”. “The Autobiography of a Flea” makes no similar claims for outwardly pretentious literary pedigree (ascribing Paris’ film with heightened merit simply because its script borrows its  theme of a mentored transmorgrification from Shaw’s “Pygmalion” is like ascribing stature to “Zontar the Thing From Venus” because it shares a cultural form with “Citizen Kane”), but begins with a rather richly faithful rendering of the opening passages of the 1887 novel including a evocative mise-en-scene enhanced with the appropriately ample figure of Jean Jennings as the initially innocent Belle, who is possessed of a more ample fleshiness in keeping with the popular image of the amply voluptuous temptress of Victorian erotica. (But couldn’t someone do something about all of the men in the cast sporting obvious 1970’s haircuts?)

To read the complete review, click the following link to:  https://chandlerswainreviews.wordpress.com/sexual-politics-in-the-cinema/

I've been a puppet, a pirate, a pauper, a poet, a pawn and a king, not necessarily in that order. My first major movie memory was being at the drive-in at about 1 1/2 yrs. old seeing "Sayonara" so I suppose an interest in film was inevitable. (For those scoring at home- good for you- I wasn't driving that evening, so no need to alert authorities.)Writer, critic and confessed spoiler of women, as I have a tendency to forget to put them back in the refrigerator. My apologies.
View all posts by chandlerswainreviews →
This entry was posted in books, erotica, Film Reviews, movie reviews, Movies, Porno Chic, pornography, Reviews, sex, women and tagged Annette Haven, Jean Jennings. Bookmark the permalink.