Matinees at the Franklin Cinema 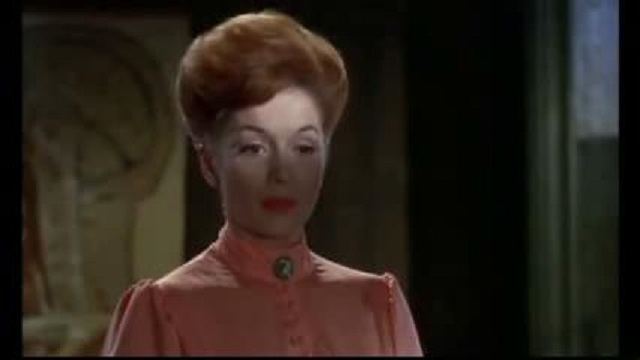 With “The Gorgon”, Hammer Films demonstrate the dangers of the tiresome formulaic rut in which their entire line of Gothic inspired horror films was sinking into several years before the creative stasis would become evidently irreversible. This 1964 production substitutes points of Greek mythology for the usual Carpathian folklore, but the feeling and

result is basically the same, without even a trace of interpolating any elements from the actual historic myths. The setting is a typical backwoods European township favored by the studio, in which superstition walks hand in hand with a bullying authority who takes the fullest advantage of the slow-wittedness of the citizenry; usually a corrupt nobleman or a zealous theologian, but in this case the local police. The nature of the menace (a series of mysterious deaths have plagued the town for five years) could well be vampiric or a marauding collection of dead tissues (as is the usual menace from the Bray Studios) or any generic serial  killer on the loose, so generic is the Hammer formula, but the circumstances of the victims turning to stone (a novel method of death also used in a different context in Universal’s “The Monolith Monsters”) opens a world of possibilities in which to develop the plot. Unfortunately, as is often the case when dealing with films of the fantastique- in which anything should be possible -the screenwriter John Gilling falls back into the bland and the predictable, with a meandering story of a pseudo-romantic triangle failing to obscure the secrets of one of the most obvious non-mysteries one could imagine.

The town of Vandorf is plagued with a series of mysterious deaths which have been publicly treated by the authorities as murders, when in fact, each victim has been turned to stone. The arrival of Professor Jules Heitz (Michael Goodliffe) whose artist son Bruno (Jeremy Longhurst) is found suicidally hanged and blamed for the death of the latest victim, his girlfriend/portrait model. Professor Heitz rails at the findings of the coroner’s inquest which names Bruno as the murderer, despite no direct evidence of complicity, and vows to

discover the truth; a protestation which fuels a violent attack on his lodgings by a typical mob of horror movie citizenry, and a veiled threat of more to come from the local police Inspector Kanof (Patrick Troughton), who in the best horror movie tradition, issues orders dedicated to hampering any meaningful investigation, ensuring that the cycle of death will continue. Meanwhile, asylum director Dr. Namaroff (Peter Cushing) is energetically protecting Carla Hoffman (Barbara Shelley), an amnesiac who is now his assistant and his romantic obsession, who finds a rival for Carla’s affections in the person of Paul Heitz (Richard Pasco), Bruno’s brother and the son of Prof. Heitz who has also been mysteriously turned to stone but not before writing a detailed letter to Bruno explaining the true nature of the

town’s menace. Paul, in his investigation, visits the nearby castle where his father fatally met with the manifestation of the mythic gorgon Megara, and himself barely escapes death, although he turns violently ill and is brought to Dr. Namaroff’s where he and Carla conveniently fall in love (nothing says aphrodisiac like a sweaty man in the midst of fevered hallucinations). Paul insists upon Carla leaving the district as he feels she may be in danger, but she refuses, feeling inexplicably compelled to remain. Paul’s teacher from the university, Professor Karl Meister (Christopher Lee) arrives and soon suspects the truth behind the town’s dark secret and the identity of the town’s monstrous menace, the latter which creates a friction between the two men which eventually leads to all concerned parties arriving separately but simultaneously for a final confrontation in the ruined castle.

If the outline above resembles a soap opera, it is an apt description of the general nature of the story, including that dramatic form’s unrelieved use of dialogue as plot synopsis: often characters stand around explaining what has happened before- as if we haven’t seen for ourselves- and the consequences of what will to come, which if the script

were invested with a modicum of imagination would veer away from such unsubtle prognostication, but unfortunately follows through on exactly what has been verbally anticipated until the next scene starts the process all over again. Needless to say, this grinds any momentum in the film- which one presumes is intended to be a horror thriller with all of the gratuitously garish bells and whistles one might naturally expect from such an enterprise -to a complete stop. Not even the romantic aspects of the plot- beyond the posturing of the men abstractly pitching woo while being fairly useless in actually helping the object of their desire -build to any emotional apotheosis as the film is

subject to a problem which plagues most of Hammer’s horror output: the dearth of fully developed roles for women commensurate with those of the featured leading men. Carla Hoffman, like most Hammer heroines is a cipher; not due to her amnesiac history, but due to the fact that she never- ever – utters a single bit of dialogue which might explain her thoughts or emotions, rendering her, if not unsympathetic, then uninteresting. Appearing rather lost, Shelley is carried through much of the film by some absurdly inserted haute couture; in several scenes she is swathed in an empirical cloak more fitting for the royal courts of “Rasputin, the Mad Monk” than the back alleys of Vandorf.

Yet, the eventual fatalism of the story- that any of the lovers, no matter how the configuration of players works itself out, are doomed is fairly apparent –should work if the film is approached as a unrequited romantic tragedy; something that should be in director Terence Fisher’s playing field, as he is noted as wishing to tackle romantic stories, though for the most part the romantic elements in his oeuvre have emerged as uncomfortably stilted. (This may also be a result of the director’s temperamental inability to reconcile the

needs of the horror film with those of the romantic melodrama, despite the parity that often exists with both forms emerging deeply steeped in gothic literary traditions.) The disjointed nature of Gilling’s script disassembles any uninterrupted flow in the storyline. There are simply too many characters introduced without the necessary discipline of narrative structure, which has the unfortunate effect of creating false and unnecessary red herrings, not out of design but out of clutter. Important characters are merely forgotten and along with them, plot threads that were given the prominence of important action when a great deal of clarity might have been achieved with an script editor’s pencil.

However, there are two qualities which immediately enrich the film, despite its irreconcilable script. First, there is some striking lighting work by cinematographer Michael Reed which punctuates scenes with emotionally charged energy- almost visceral in effect -which aids enormously in carrying the surprisingly middling and undistinguished 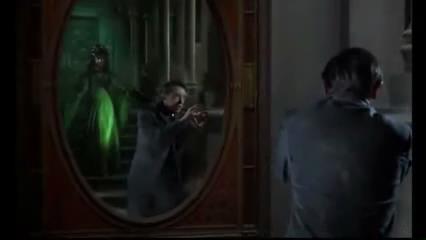 direction by Terence Fisher; the languid nature of the story becoming problematic in terms of empathetic resonance and narrative tension. Fisher’s rather unremarkable framings- his reliance of master shots becoming an unfortunate crutch -rendering a particularly static story more so in its visual incarnation. There are also a pair of winning performances from Christopher Lee, in a welcome and entertaining variation of finally being cast in a role which allows him to show of his less ominous and more wittily warmhearted side; it’s a wonderful and surprising piece of work from a formidable actor who is too often typecast in glowering roles of villainy. There is also accomplished work from Richard Pasco who manages to infuse a great deal of dedicated impassioned ferocity to his role, the most complexly conceived character of the piece.

The most frustrating aspect of the film is its concession to stale formula when  something more intelligent could be on its mind. Mining Greek mythology expands the boundaries of the Hammer/ Universal horror film connection, yet the opportunity is wasted through lazy scholarship (the names of two of the gorgons, including Megara, are

inventions of the script for no particular reason when a grounding in genuine mythology would give the film a more historically resonant foundation) or a stale surrender to overused genre tropes (The occasion of a full moon to signal the deaths is far too reminiscent of unrelated werewolf lore, nor does it explain why there would only be seven murders in five years?) as seems typical of much writing in the cinema of the fantastique. Why is it that the only persistent tradition to emerge in these genres is the emergence of a mindset which abridges the imagination in a field where literally anything should be possible?