Posted on September 20, 2013 by chandlerswainreviews 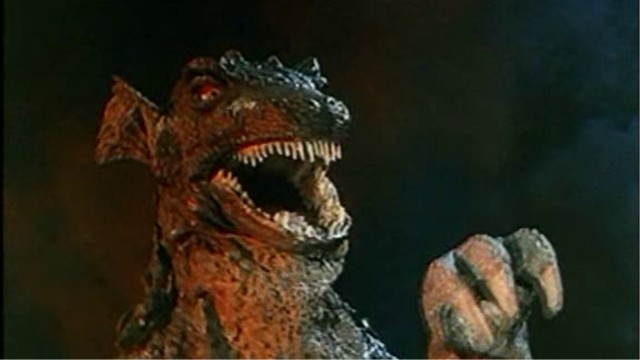 There comes a time in the evolution of every genre where ideas become genre tropes, which in become familiar redundancy, which in turn become tiresome clichés, eventually mouldering into blanket creative exhaustion. With commercial success comes the irresistible urge to replicate that success in the safest, most risk averse way possible (thus studio execs retaining their country club status with the excuse of commercial loss by way of not asserting their own personal stamp on the failure but having merely followed the natural flow of the market), with an original success followed by an inglorious progeny of clones which not only inevitably diminish in commercial appeal, but also invest the original with a perceived staleness, the original ideas having been diluted in the public mind to the point of attendant torpor. If there is a common complaint about films that “there are no new ideas”, it is simply that Hollywood chooses to follow the same ideas proved successful as a matter of provident enterprise: why take a risk on originality when the public’s taste has given its financial stamp of approval on proven material? (And have shown time and again their willingness to pay to see essentially the same material on revisitation as long as the title ends with II, III, IV…Infinity.) Original material is plentiful, simply ignored by both the studios and (more significantly) the same carping public, whose attention to the global wealth of interesting and unique cinema is transfixed on the latest industry hyped “event film”.

I've been a puppet, a pirate, a pauper, a poet, a pawn and a king, not necessarily in that order. My first major movie memory was being at the drive-in at about 1 1/2 yrs. old seeing "Sayonara" so I suppose an interest in film was inevitable. (For those scoring at home- good for you- I wasn't driving that evening, so no need to alert authorities.)Writer, critic and confessed spoiler of women, as I have a tendency to forget to put them back in the refrigerator. My apologies.
View all posts by chandlerswainreviews →
This entry was posted in 1960's movies, British films, Drive-In Movies, Film, Film Criticism, London, movie reviews, Movies, science fiction, Science fiction films. Bookmark the permalink.