Posted on February 20, 2019 by chandlerswainreviews 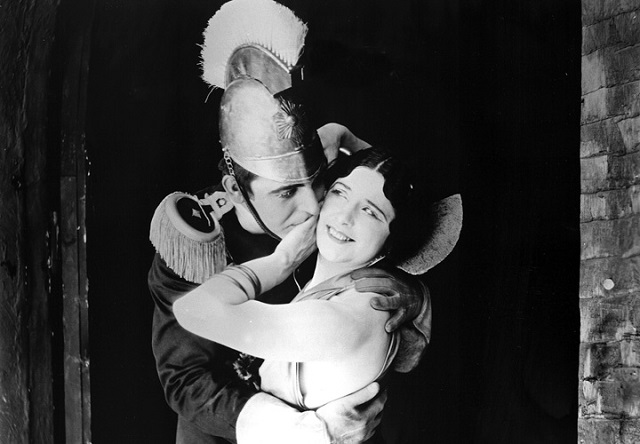 If a proper movie translation of Prosper Mérimée’s novella “Carmen” is to be realized, the film must positively reek of earthiness; it must relay a passion so irresistible in its attraction and so obsessive in its possession that it 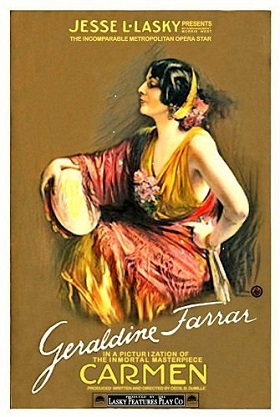 consumes the heart and destroys the soul. That’s a tall order for any filmmaker, but the film must additionally trust in the storytelling instincts to be gleaned from Mérimée’s source material and not shortchange the narrative of the doomed Don José in favor of its more provocative character, the gypsy Carmen, who may be the instrument of the soldier’s ultimate fall from Grace, but it is still Don José’s story.

Any successful translation of “Carmen” is also reliant upon incisive casting and that is the first and most glaring failure of Cecil B. DeMille’s 1915 version. Opera star Geraldine Farrar makes her motion picture debut in the title role, and though her presence here is heralded to a great extent by her stature, at the time, as one of the world’s most celebrated operatic divas, her estimable vocal gifts are irrelevant in this production in which her interpretation of Mérimée’s fiery seductress could be most accurately comparable to that if it were being played by Margaret Dumont; all theatrical posturing that results in a portrait far too matronly and self-conscious to generate a flicker of heat. Negligible too is the Don José of Wallace Reid who fails to leave any impression; either as lover or actor.

I've been a puppet, a pirate, a pauper, a poet, a pawn and a king, not necessarily in that order. My first major movie memory was being at the drive-in at about 1 1/2 yrs. old seeing "Sayonara" so I suppose an interest in film was inevitable. (For those scoring at home- good for you- I wasn't driving that evening, so no need to alert authorities.)Writer, critic and confessed spoiler of women, as I have a tendency to forget to put them back in the refrigerator. My apologies.
View all posts by chandlerswainreviews →
This entry was posted in books, Cecil B. DeMille, History, Movies, Reviews, Romance, silent movies, women, writing and tagged Cecil B. DeMille, Geraldine Farrar, Prosper Merimee. Bookmark the permalink.