Domesticated On Arrival: “Devils of Darkness” (1965)

Posted on September 25, 2019 by chandlerswainreviews 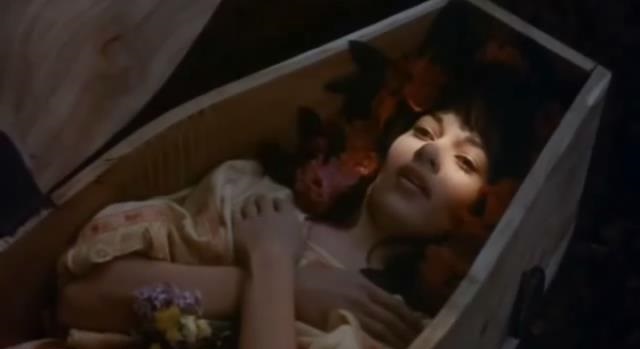 WHAT’S A NICE GIRL LIKE YOU DOING IN A COFFIN LIKE THIS?: Victim of an unfortunate supernatural interruption of her nuptials, lovely Gypsy girl Tania (Carole Gray) enjoys a brief respite before her resurrection into an eternity of undead mischief in “Devils of Darkness”

cult worshipping, both staples of post-Hammer British horror films, though here combined in an awkward brew which appears to regard the combining of disparate genre elements as an evolutionary step rather than an attempt to disguise tropes which have become fatigued through overuse.

This colorful production has all of the earmarks of Hammer productions which have done much to advance the odd suggestion that contemporary citizens of England are perpetually engaged in a constant struggle against the pernicious influence of continental European nations who have somehow become locked in the traditions of sixteenth century ritual barbarism.

To read the complete review, click the following link to:  https://chandlerswainreviews.wordpress.com/chandler-swain-reviews-drive-in-cinema-2/

I've been a puppet, a pirate, a pauper, a poet, a pawn and a king, not necessarily in that order. My first major movie memory was being at the drive-in at about 1 1/2 yrs. old seeing "Sayonara" so I suppose an interest in film was inevitable. (For those scoring at home- good for you- I wasn't driving that evening, so no need to alert authorities.)Writer, critic and confessed spoiler of women, as I have a tendency to forget to put them back in the refrigerator. My apologies.
View all posts by chandlerswainreviews →
This entry was posted in British films, Drive-In Movies, Hammer films, horror, movie reviews, Movies, vampires, writing and tagged Carole Gray, Eddie Byrne, Satan worshippers, Tracy Reed, William Sylvester. Bookmark the permalink.

5 Responses to Domesticated On Arrival: “Devils of Darkness” (1965)