Posted on July 1, 2019 by chandlerswainreviews 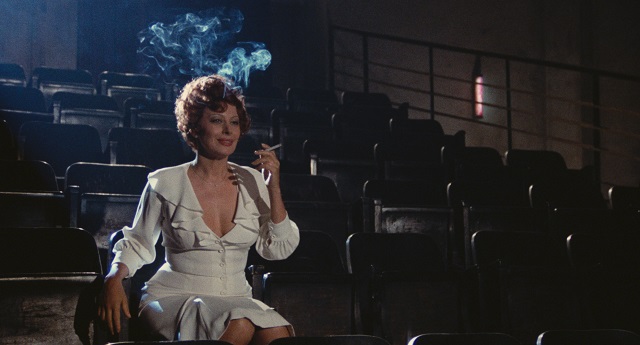 Movies are a funny business (Unless the studios are attempting a comedy, in which case Hollywood can be the most depressing place on Earth.) and the psychology of the American film industry has become rife with a wholly unhealthy self-delusion of its own permanence of stature in the Pantheon of Cultural Immortals. This is openly expressed in terms of an increasingly arrogant condescension with which the industry has reduced the (naturally, unwashed) public to mere convenient statistical figures predicting opening weekend box-office returns and, more importantly (to the health and well-being of Art), any related adjustments to their conglomerated corporate benefit bonus packages. The unspoken covenant by which Hollywood operated at the behest of its patron public was simplicity itself: provide solid, nurturing entertainment and they will come. However, it has become increasingly apparent that even fleeting thoughts of the need for genuine creative storytelling (or, as it is more explicitly identified in studio pre-production development memorandum: any screenplay draft preceding the double digit phase) are no no longer bound by such an archaic term as “literacy” in a world clearly (according to Tinseltown elites) populated by the genetic brethren of the Morlocks; an unsavory global mob, one step removed as the prime ingredient of Soylent Green. If coherence in storytelling has been expeditiously dismissed as a needless expenditure of billable conference hours in the process of separating the Ma and Pa Kettles populating the vast wasteland outside of the gated communities of the sound stage oligarchs from

whatever dollars remain after their desperate binges into a seductive world of celebrity sponsored faux luxury (in which a Beverly Hills carny like Alyssa Milano is able to peddle a football jersey as a legitimate entry gate into a bizarro universe’s conception of haute couture, which explains only her unmerited  talentless ascendancy and not her continued political vacuity), then what emerged as the most important cultural Art form of the past century is summarily reduced to a high-concept Board of Directors version of Three-card Monte. All of which which brings us to this month’s version of America’s most reliable Intolerant Voice Against Illiteracy Tolerance, the Classic Film Images Photo Quiz, brought to you, as always, by the makers of SKITTLES, America’s favorite breakfast candy. In this edition, we celebrate the audience. (Or, what the movie industry refers to as “marks”.) The following twenty five images each depict persons in the act of observing in that most curious of occupations that is usually described by theologians and practitioners of theoretical physics alike as being a member of the audience collective. You task is a simple one in theory, though in actual practice is probably as frustrating as  finding an all-you-can-eat buffet in North Korea: identify all twenty five films. Correctly. (Identifying all as being from “Caddyshack” may bring a sense of completion, but there are no participation ribbons awarded here, Chester.) The first to do so will receive the coveted (and slightly naughty) CSR Culture Shock Award. Good luck. 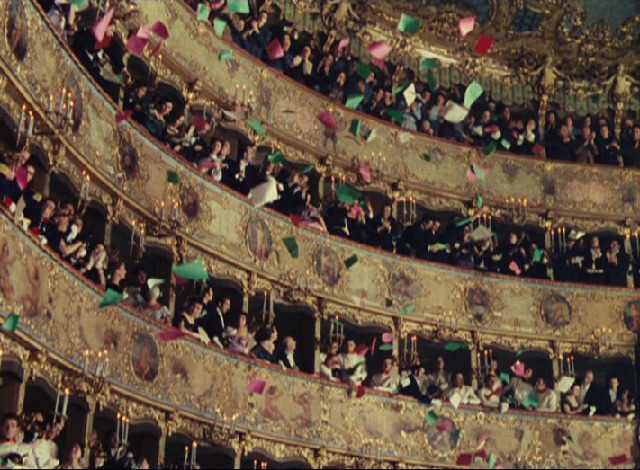 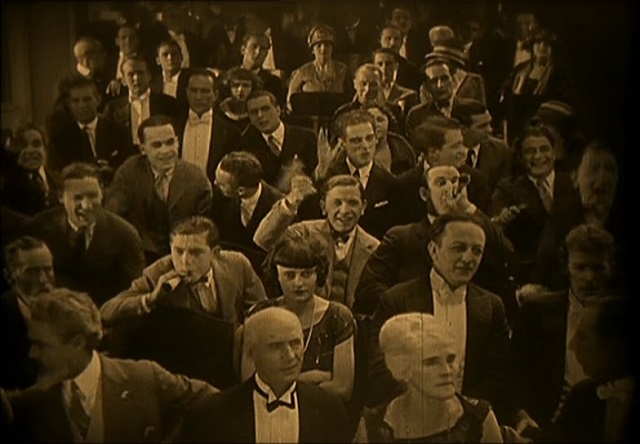 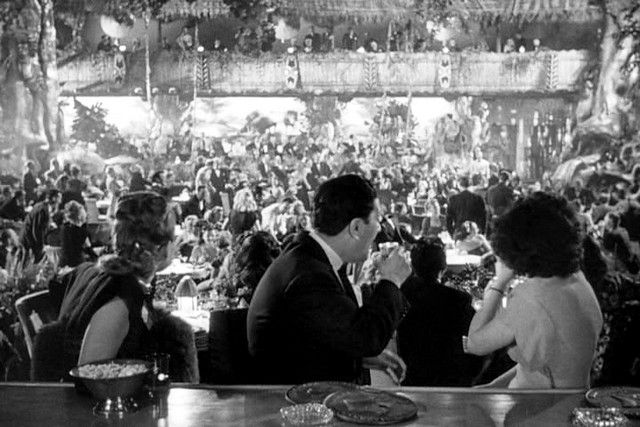 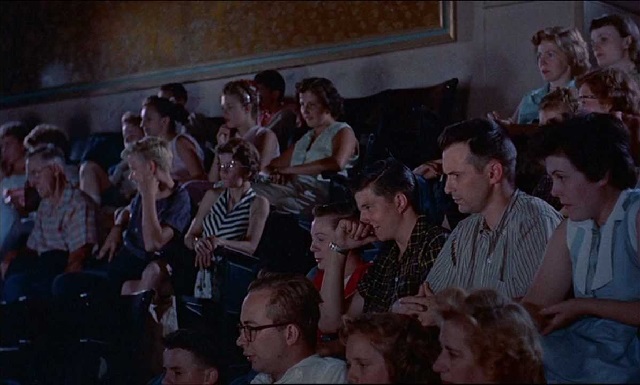 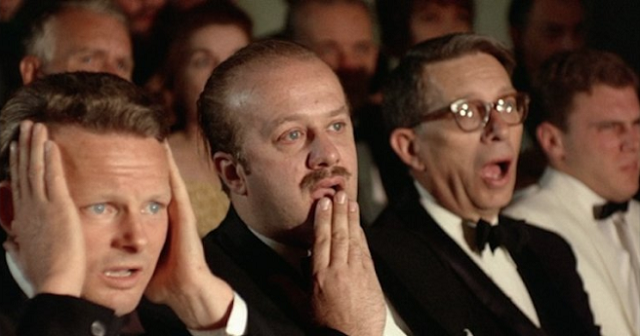 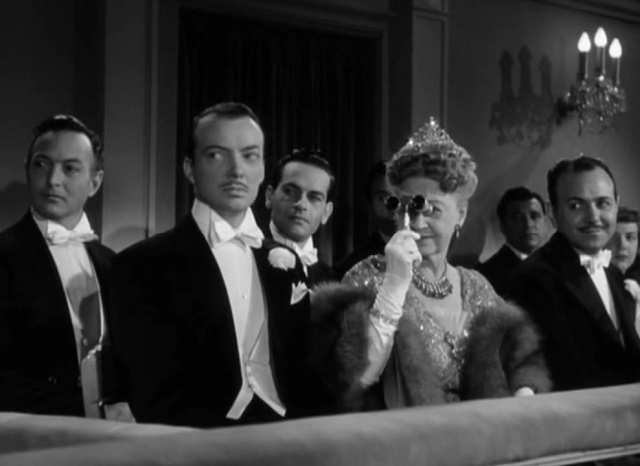 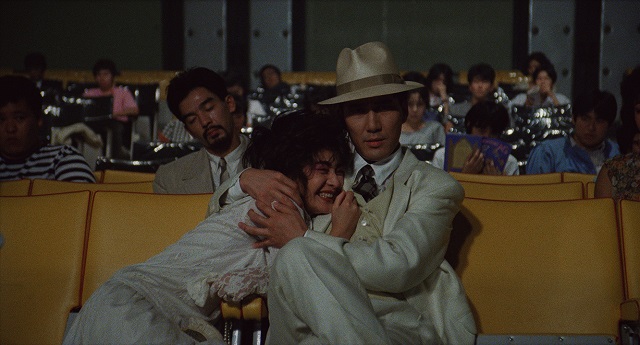 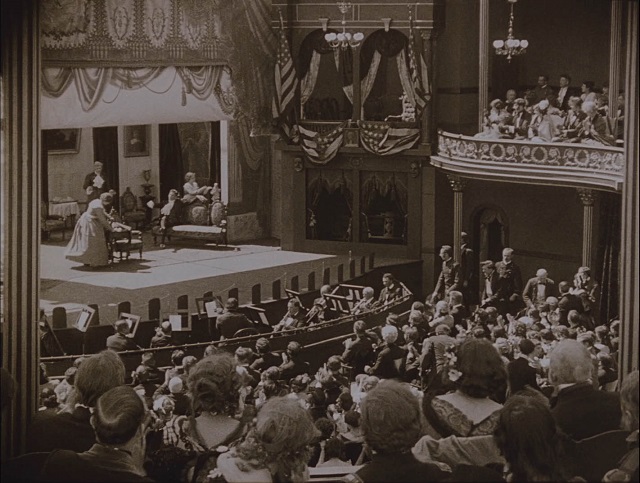 I've been a puppet, a pirate, a pauper, a poet, a pawn and a king, not necessarily in that order. My first major movie memory was being at the drive-in at about 1 1/2 yrs. old seeing "Sayonara" so I suppose an interest in film was inevitable. (For those scoring at home- good for you- I wasn't driving that evening, so no need to alert authorities.)Writer, critic and confessed spoiler of women, as I have a tendency to forget to put them back in the refrigerator. My apologies.
View all posts by chandlerswainreviews →
This entry was posted in books, Boston, comedy, Drive-In Movies, History, Movies, Mystery, photography, politics, silent movies, Television, theater, women, writing. Bookmark the permalink.