Posted on December 19, 2018 by chandlerswainreviews 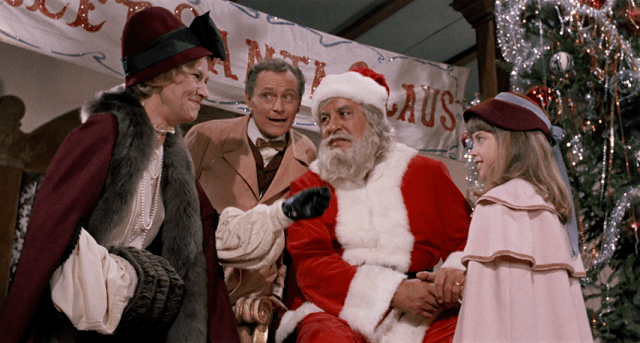 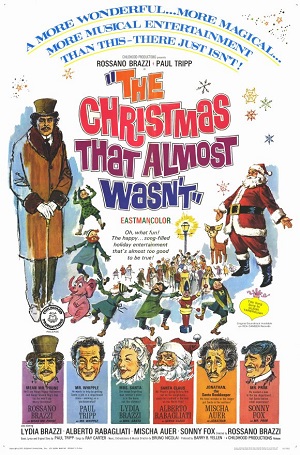 things, but a reputable harbinger of advancing an unpolluted celebration of Yuletide spiritual innocence is certainly not one of them.

The characteristic common to virtually every Christmas film is the inevitable presence of a sneering blackguard of such a villainously contemptable disposition that they all but invite an eruptive hiss from the audience of such violently repulsed emotion that one would think William Castle had outfitted the theater with a hidden system of out of control compression air hoses.

These seasonal ne’er-do-wells are tasked with the unenviable burden-   and thus providing the dramatic impetus of their films  -of proving that good will and glad tidings are the foolish consistencies that are the true hobgoblins of little minds.* How insupportable are these characters who balk at the very concept of Christmas (and by villainous extension, as shamelessly proffered in every one of these films, the happiness of children), regardless of whether that concept is of the traditionally ecclesiastical variety or of the contemporary sectarian one in which the prominent holy figure is that of the department mall St. Nick, the modern symbol of all that is great and good and charitable, yet has been adopted by the purveyors (most especially the media, and most especially the movies) of capitalism, who have effectively

converted Luke 2:11 into a mandate asserting that all modern forms of holiday cheer are based upon the fourth quarter retail sales figures (especially to all of those little elves at the annual Macy’s stockholders meeting).

Supplanting these altruistic holiday impulses is the movies; a cultural enterprise in which the only consistent conscious artistic impulse is to open big in the lucrative Asian marketplace; hardly commensurate with that brief reminder of spiritual values laid out by Charles Schultz’ blanket wielding sage as to the true meaning of the holiday, when everyone in Hollywood knows that, indeed, out of the mouths of babes comes wisdom, but only if what comes out of their mouths is the a screaming demand for cheaply manufactured movie franchise tie-in merchandise.

To read the complete review, click the following link to:  https://chandlerswainreviews.wordpress.com/the-film-vault-index-of-reviewed-films/ho-ho-ho-happy-holidays-from-the-critical-establishment/

I've been a puppet, a pirate, a pauper, a poet, a pawn and a king, not necessarily in that order. My first major movie memory was being at the drive-in at about 1 1/2 yrs. old seeing "Sayonara" so I suppose an interest in film was inevitable. (For those scoring at home- good for you- I wasn't driving that evening, so no need to alert authorities.)Writer, critic and confessed spoiler of women, as I have a tendency to forget to put them back in the refrigerator. My apologies.
View all posts by chandlerswainreviews →
This entry was posted in books, children, children's books, Christmas, fantasy, holidays, Movies, Musicals, Santa Claus, writing and tagged Paul Tripp, Rossano Brazzi. Bookmark the permalink.