Posted on January 7, 2013 by chandlerswainreviews 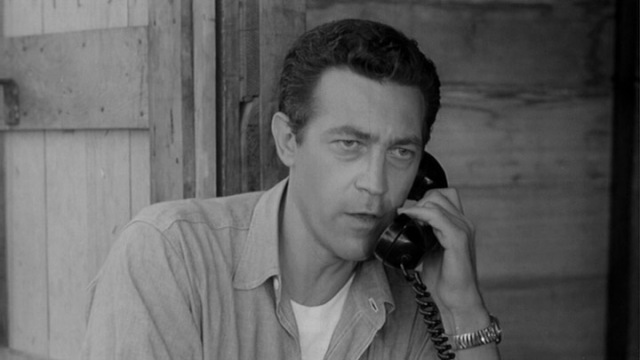 With “Frankenstein Meets the Space Monster” the Gothic trappings of Mary Shelley’s seminal work of horror literature are abandoned in the service of timely expediency in capitalizing on the then-current frenzied Space Race, with the concept of the eponymous artificially created man/monster evolving from a sutured amalgam of cadaver trimmings to a transistor-based man/robot with malfunction issues. In fact, except for the robot’s name being Frank, there is little (none actually) resemblance to the classic tale, though there are intrinsic narrative elements that would later form the basis of Larry Buchanan’s equally accomplished “Mars Needs Women”.

The robot Frank is intended to substitute for a human astronaut on a perilous deep space mission, but there is little scientific exposition (again, none) concerning the nature of such a mission that would require such a drastic substitution, (with the filmmakers apparently unaware of either the Mercury or Gemini programs of the day) though  there is an abundance of funky stock travelogue footage of Cocoa Beach circa early 60’s, maddeningly cross-cut with inappropriately timed shots of the Earthly cast endlessly driving in a car (Insane Thought #1: Could this film have been an influence on Andrei Tarkovsky for his later “Solaris”?) while evidently having difficulty remembering their lines.

To read the complete review, click the following link to: https://chandlerswainreviews.wordpress.com/chandler-swain-reviews-drive-in-cinema-2/

I've been a puppet, a pirate, a pauper, a poet, a pawn and a king, not necessarily in that order. My first major movie memory was being at the drive-in at about 1 1/2 yrs. old seeing "Sayonara" so I suppose an interest in film was inevitable. (For those scoring at home- good for you- I wasn't driving that evening, so no need to alert authorities.)Writer, critic and confessed spoiler of women, as I have a tendency to forget to put them back in the refrigerator. My apologies.
View all posts by chandlerswainreviews →
This entry was posted in 1960's movies, drive-in cinema, Drive-In Movies, Entertainment, Films, movie reviews, Movies, science fiction films and tagged culture, Entertainment, film, film reviews, movie reviews, Movies, science fiction. Bookmark the permalink.